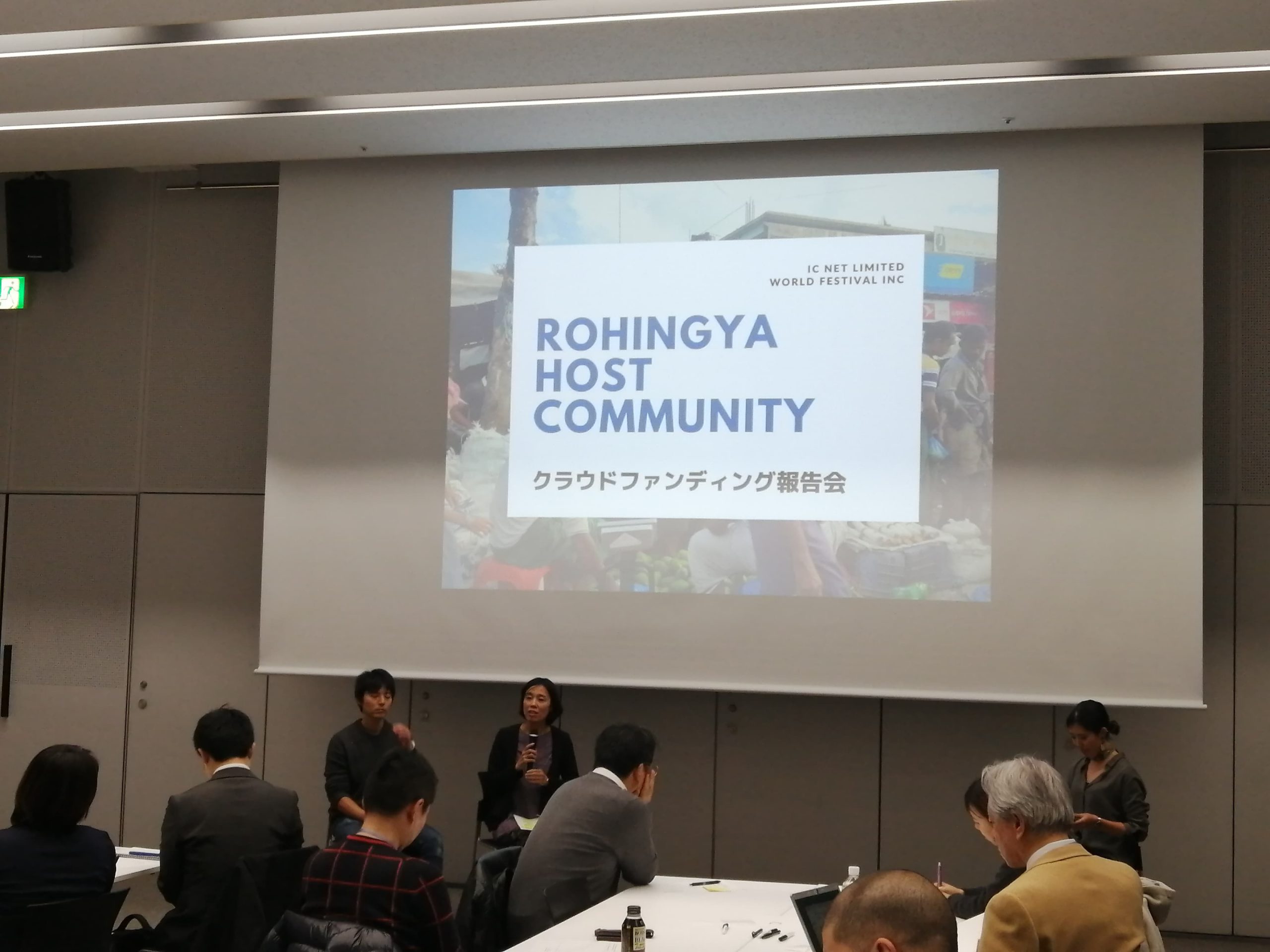 A Crowdfunding reporting session for “Project to support the Rohingya refugees through supporting host communities” at the headquarters of Gakken Holdings, in which WORLD FESTIVAL Inc. is a project member.
At the session, representative and president Mr. Kondo also spoke at the podium. Also the visuals in which we were in charge of was aired. Through shooting, he also talked about the state of the local area.
(Click here for the crowdfunding page.)

Of course noting on the attraction of each local individual, there was discussion regarding the background of the Rohingya refugees issue, the highly complicated reality, and in accepting the refugees, the locals’ living conditions sank to poverty level. With the “Goat Bank” as a measure, the activities of the project to increase the livelihood of the local women were reported to the supporters.
We believe that upon accepting the refugees, the session was also able to communicate the uncertainty and internal conflicts of the local women regarding their own futures and the land and environment they live on, as well as the complicated emotions and fear of the refugees.

In the latter half of the session, a workshop using Lego blocks “Lego Serious Play” was conducted.
Expressing the futures of the host communities’ women through Lego blocks, eventually each group created a landscape.
By sharing each individual’s idealization of the host communities, we were able to think specifically about what actions to take next and learn, making the event a meaningful experience.

The visuals aired at the session can be viewed on our project page.